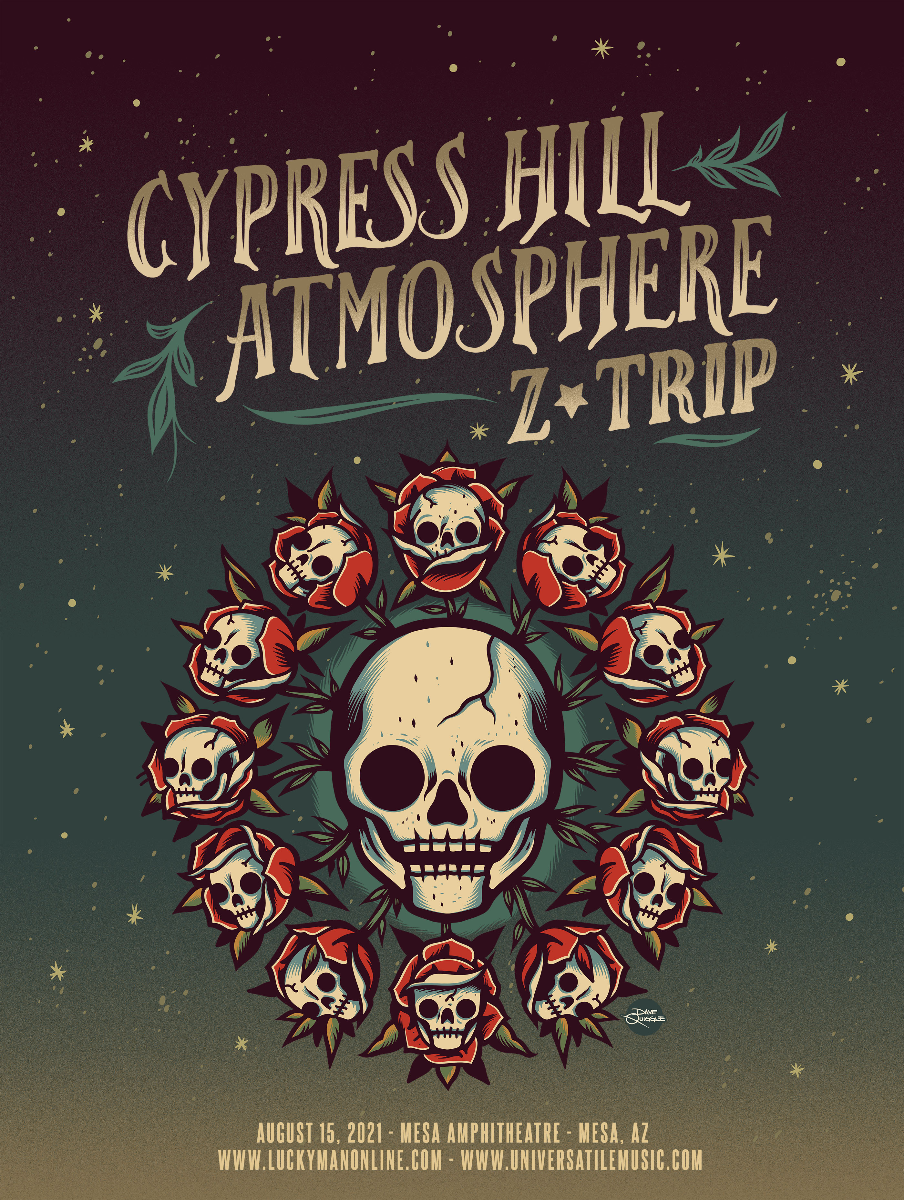 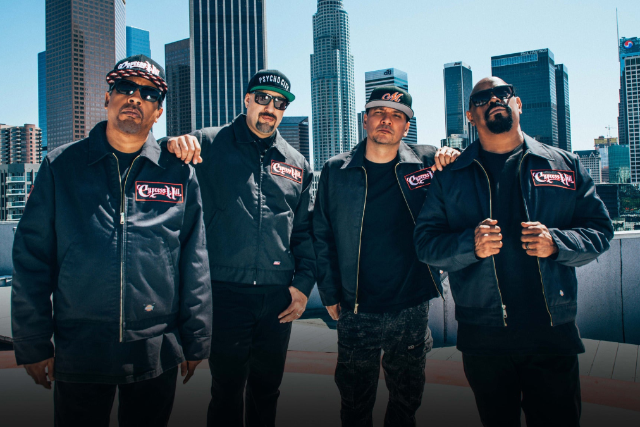 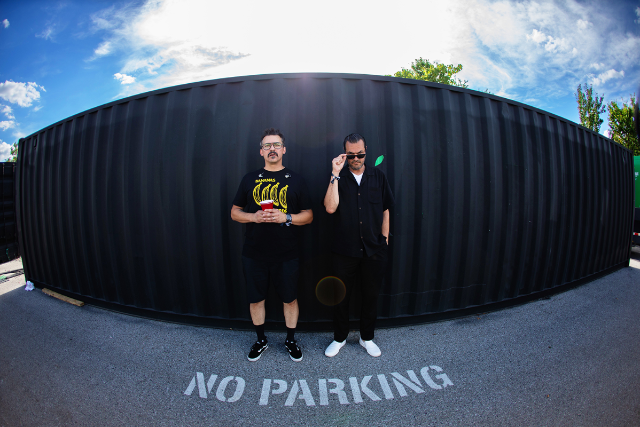 The world is a vastly different place than it was just a few years ago, and Atmosphere’s seventh album, Mi Vida Local, reflects the ways in which the world, and Atmosphere’s place in it, has changed. The idyllic domesticity of their past few records has morphed into anxiety over keeping loved ones safe during turbulent times. Instead of bragging about backstage misadventures it’s about grappling with mortality. The easygoing collaboration between Ant and Slug has started to feel more like the life-or-death intimacy of two men trapped together on a lifeboat.

At times it’s a heavy album (“I might be the last generation of grandparents,” goes a key line from “Virgo”), but it’s far from grim. There are jokes being cracked, joints getting smoked, a little trash talking here and there– after all, it’s still a rap record.

As the name implies, Mi Vida Local is intensely focused on the place it was created– the southside of Minneapolis– where Slug and Ant work tirelessly in their “beautiful basements”, refining their sound without interruption, save for a handful of friends from the Minneapolis hip-hop community who showed up to contribute. A year of one-on-one collaboration resulting in an album that matches complex subject matter with equally deep beats– ones that show a clear lineage back to the psychedelic funk landmarks from an earlier era where America was going through a post-utopian hangover, and prove that there won’t ever be a time where boom-bap beats don’t sound perfectly of the moment.

Mi Vida Local might be the best album Atmosphere’s ever made. It’s definitely the one they needed to make right now, and one listeners need to hear just as urgently. If it’s sometimes an album about how the fight to find happiness never really ends– even after you get the house and the kids and the artistic freedom to make dad-rap records– it’s also about discovering that there’s happiness to be found just in fighting. 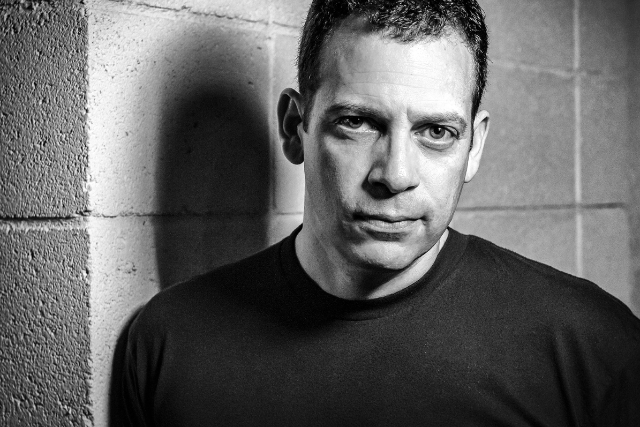 “Met her at Coachella, I went to see Jigga, she went to seeZ-Trip... Perfect”-Frank Ocean “ Novacane”Few DJs have had as big an impact on music and culture as Z-Trip.He is an award-winning global DJ and Producer, andis often referred to as the pioneer of the mashup movement.Z-Trip’s roots are in Hip-Hop but there’s no style of music he doesn’t touch. This allows him to collaborate with just about anybody. The list of artists he’s worked with reads like the best Spotify playlist ever. Linkin Park, LSDREAM, Nile Rodgers, Public Enemy, Lee Scratch Perry, Tom Morello, Nas, Galactic, Travis Barker, Shepard Fairey, Run The Jewels, Talib Kweli, Karl Denson, Busta Rhymes and many more. For almost a decade he’s been performing alongside Hip-Hop legend LL Cool J. Their shows have been described as so exemplary that the “crowd can barely handle the greatness.” The two have been continuing that momentum with the launch of LL Cool J’s new channel on Sirius XM, “Rock The Bells Radio”.As a performer, Z-Trip not only plays traditional festivals like Coachella, Lollapalooza, Bonnaroo and Austin City Limits, but he’s also a staple in the EDM world. His Electric Daisy Carnival, Holy Ship and Shambhala sets are always festival highlights.“Shifting Gears”, Z-Trip’s artist debut album, received 4 stars in Rolling Stone. His subsequent releases also given high praise. He has remixed tracks for Nirvana, The Beastie Boys, Rush, Jay-Z, Motown and The Bob Marley estate. As a composer, Z-Trip has done numerous work for video games such as EA Sports “Madden”, “SSX” and “Skate” as well as Activision’s “DJ Hero” series. He’s featured as an avatar in the game alongside Daft Punk, Tiesto, DJ AM, Deadmau5 and other icons.Z-Trip’s presence inTV & film is equally impressive. He curated, performed and led the tribute to friend LL Cool J for The Kennedy Center Honors. He was one of the 5members of the musical super group that closed out the 55th Grammys with what Vulture called “ The Best Rap Rock collaboration ever”. He’s worked on movies “The Boss”, ”Battle of the Year,” and “Drum Battle”. Z-Trip also scored music for the documentaries “Infamy,” “Scratch: All The Way Live” and was the special musicsupervisor and composer on “La Bare” directed by good friend Joe Manganiello. His latest project, live-scoring Harold Lloyd’s silent film classics via turntables, premiered at both Tribeca and AFI Film Festivals to rave reviews.Whether in the studio, behind the decks or behind the scenes, Z -Trip continues to push the boundaries beyond what we’re expecting and wow us with his innate sense of what it takes to make us dance, think & discover.
READ MORE +
Follow on Instagram
This error message is only visible to WordPress admins

Any cookies that may not be particularly necessary for the website to function and is used specifically to collect user personal data via analytics, ads, other embedded contents are termed as non-necessary cookies. It is mandatory to procure user consent prior to running these cookies on your website.